To share your memory on the wall of Tom Baker, sign in using one of the following options:

Tom was raised and ... Read More
Thomas M. Baker of Linden, AL passed away on Thursday, January 28, 2021 at Marengo Nursing Home in Linden.

Tom was raised and educated in Lottsville, PA. He graduated from Sugar Grove High School in Sugar Grove, PA and was also a Pioneer Graduate of Penn State. He attended Forest Hill Baptist Church in Linden.

Music was the joy of his life. He was a guitarist and played the steel guitar in groups in concerts. After marrying Jackie Jones of Alabama, who also performed concerts, they blended their talent for Gospel music and performed in concerts. Tom was known for his love of music and partnering with Jackie they served the Lord together in music.

Mr. “Tom” as he was known in the south worked at Walmart for 24 years as a door greeter and clerk. He was also known for his love of sharing Hershey Kisses to everyone. Everyone loved “Mr. Tom”.

In addition to his parents, he is preceded in death by a brother, Richard A. “Dick” Baker and step-son, Rev. J. Scott Jones.

A memorial service will be held Thursday, February 4th at 10:00 am at Forest Hill Baptist Church in Linden, AL.

Graveside services will be held at a later date at the Lottsville Cemetery in Lottsville, PA.

To send flowers to the family or plant a tree in memory of Tom Baker, please visit our Heartfelt Sympathies Store.

We encourage you to share your most beloved memories of Tom here, so that the family and other loved ones can always see it. You can upload cherished photographs, or share your favorite stories, and can even comment on those shared by others.

Bill and Pat Mcelhaney and Love Rochelle "Rocky" and Brett Baker Hughes sent flowers to the family of Tom Baker.
Show you care by sending flowers

Posted Feb 07, 2021 at 04:11pm
We are thinking of you during this difficult time. Prayers and blessings for you and family.

Flowers were purchased for the family of Tom Baker. Send Flowers

Posted Feb 01, 2021 at 06:24pm
So sorry for your loss! Tom was a good man and a great musician on guitar and steel guitar!
Anyone would be impressed with his resume of great musicians he’d sat and played music with over the years!
Comment Share
Share via: 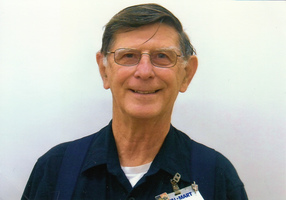