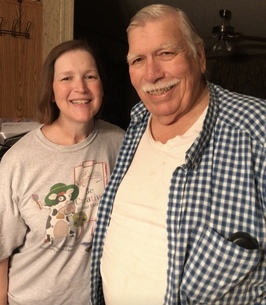 Wayne “Hoot” Gibson age 77 of Linden, AL died June 12, 2022 at Hospice of West Alabama. He was born August 18, 1944 in Birmingham, AL to Allen Rufus and Martha Elizabeth Gibson. He was a former truck driver and a member of Cornerstone Church.

He was preceded in death by his parents, Allen Rufus and Martha Elizabeth Gibson; three brothers, Allen Gibson, Richard Gibson, and Edward Gibson.

Visitation will be held at O’Bryant Chapel Funeral Home on Wednesday, June 15, 2022 from 6:00 pm until 8:00 pm. Funeral services will be held at Cornerstone Church on Thursday, June 16, 2022 at 2:00 pm with Pastor Robert Wynne officiating. Burial will follow at Demopolis Memorial Gardens.

In lieu of flowers memorials may be made to: Hospice of West Alabama, 3851 Loop Road, Tuscaloosa, AL 35404.

All rights reserved. This obituary is also archived at obittree.com